PNS is a phenomenon that has affected large numbers of people from all walks of life. The 434 survey cases spanned 23 countries (4 continents) and involved people of different ethnicity, ages, genders, health conditions and lifestyles (activity levels, smokers/non-smokers; alcohol drinkers/ non-drinkers; diets). See page ‘Who Sold Them!‘ for a full list of countries and retailers that sold problem pine nuts.

Almost all victims (96% of total) have previously consumed pine nuts and have no known allergies towards it, 11% of whom reported experiencing PNS multiple times as they were unable to associate the problem to pine nuts in the past when there was less available information about this problem.

Of 21 students and professors of Wageningen University that ingested 1g and 10g (the latter amount for those who did not get symptoms from 1g) from a supermarket batch consisting of 100% P. armandii pine nuts, 19 were afflicted with noticeable symptoms that were characteristic of PNS (subjects filled in a daily logbook describing their observations). The pine nuts ingested were within expiry date and tasted good at the time of ingestion (not rancid).

PINE NUTS THAT CAUSE PNS 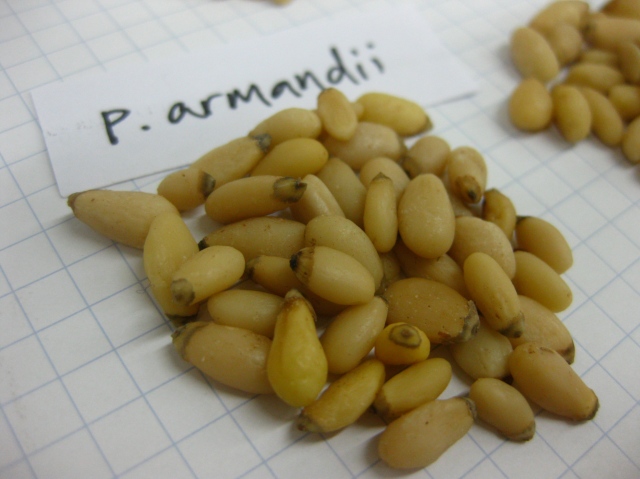 Survey cases involved raw and/or roasted, rancid and non-rancid, fresh and stored, expired and non-expired pine nuts, mostly of Chinese origin except for Trader Joe’s pine nuts that labelled ‘Product of Russia and/or Korea’. The average estimated amount of pine nuts consumed was about 30g, with trigger dosages as low as 2 or 3 seeds. The 56 complaint samples collected were found to consist of pure P. armandii or a mixture of P. armandii with one or two of 6 other species (See page: ‘Pine Nut Species‘ for information on the different species). 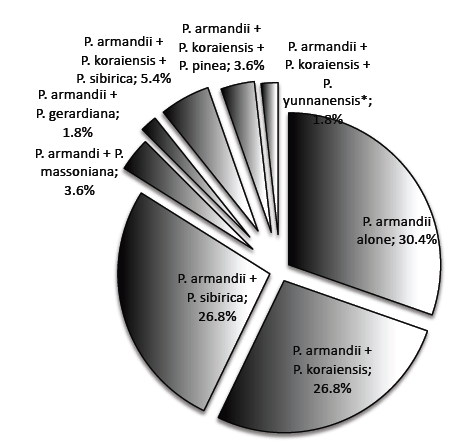 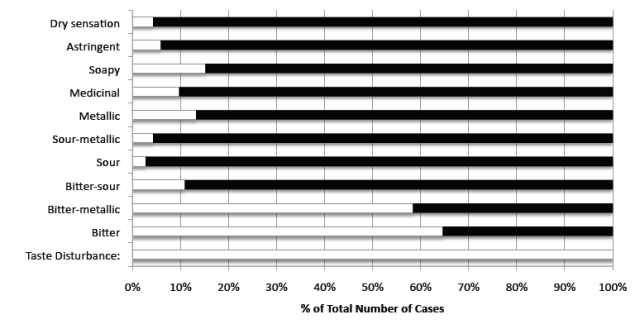 Along with the taste disturbance, approximately 35% of the cases experienced other non-taste symptoms and these other symptoms have been represented in the chart below.

Both taste disturbance and these physical symptoms are often signals of underlying physiological disturbances and should not be so quickly dismissed as a non-health issue (as is done by many food authorities). No research proof of health problem does not equate no health problem! Please read the page on ‘Health Issue‘ for further explanations on the adverse impacts of PNS.